They might be a bit late compared to other companies, but Shopify finally shared its Q4 2019 report and hey… They’re probably still celebrating right now! The report shows some really good figures.

Shopify attributes this growth to its investments in tech such as its Shopify Distribution network, Shopify emails and others.

Well, Shopify has definitely done a good job and its efforts were the catalyst for the growth, but you can also look at it from a different perspective.

Shopify’s growth could never have happened without being driven by the flourishing e-commerce industry and these results confirm that.

This is good news for everybody, both Shopify and you, fellow e-comm killer!

Fighting back against a 25% traffic decline after Google algo updates

Google has been pushing so many algorithm updates over the last few months that it’s almost impossible to keep track of how each update affects sites.

Apparently, one such update from November 2019 seems to have affected sites like TechTarget, which saw a 25% decline in organic traffic. 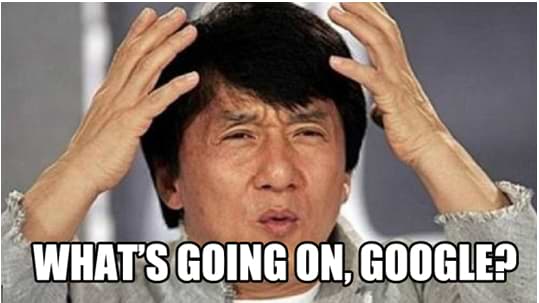 Organic traffic accounted for 94% of their overall traffic in Q4 of 2019 with a 76% net margin, unlike many other companies where traffic acquisition costs increase linearly with revenue. So, organic clicks were a good foundation for their business.

What seems to be the cause? Well, TechTarget did some digging and interestingly, they found that Google’s November update seemed to treat their “registration-protected content” and their base of older content differently, resulting in this 25% decline.

Without going into too much mudslinging, TechTarget considers this a technical SEO issue and are working internally to make changes over time and see some improvements.

However, some sites still reported 30% to 50% drop in site visits.

What changes did TechTarget make to overcome this?

Next thing they are focusing on is older content and site architecture changes. For most large content sites, reviewing and tweaking older content can sometimes lead to improvements in Google rankings.

Page Speed is another area the company is looking at. They implemented some testing tools which had an impact on the page load times, so they are making changes based around those tools to improve page speed.

Let’s be honest. Most of the people out there are stuck in the FB Ads+Shopify 2015 model. Jumping from one AliExpress product to another, like a drug-addict, looking for their daily dose of conversions. Heck, think how many businesses are dead now with the new coronavirus stopping everything in China?

If you leave your bubble and walk towards Hollywood Hills, you’ll find some people that started working with the Shopify + FB Ads model… But have evolved!

And the thing is, you can actually join these people. You can mastermind and build friendships with these e-commerce geeks.

Where and how? At GeekOut LA. This is a gathering for those that speak in “letters.” We’re talking about the people that spout off AOV, LTV, and ROAS like it’s a holy prayer.

They will all gather at GeekOut LA to speak about branding, influencer marketing, customer service, traffic source diversification, e-commerce copy and everything in between.

This is a unique event. Attendees have to go through an interview to participate. And this should tell you how serious they are about who can come.

Interested? Join them here – only 9 spots left. No recordings and no livestreams.

Hey! It’s Valentine’s Day! So, let’s have a look at this 3-step email formula shared by Joshua Chin to help you craft a campaign for Valentine’s Day and make your customers fall in love with your brand.

Step 1 – Propose: This is about setting the stage and building awareness about the upcoming celebrations. This step is important because it gets customers into the mood, rather than just bombarding them with Valentine’s Day promotions out of the blue.

You can send gift guides and sensitize your leads about the coming sale.

Step 2 – Prepare: Once the stage is set, you need to start tickling them about the special offers you’ll be running during the period.

What kind of content can you send? Here are some ideas shared by Joshua:

Step 3 – Present: Time to show your deals! Send messages about the discounts and don’t forget to add some urgency. Obviously, make sure to use some Valentine’s feel to your emails’ layout.

Alright, but what can you do for the single people on your list? Again, Joshua provided some good ideas here:

That’s all! Unfortunately, Joshua Chin shared this post a bit late to implement it for this year, although that’s not to say that this stuff isn’t useful for any other campaigns you might be running.

What is as big as you are and yet does not weigh anything?

Memes for the President

Data might be the new petroleum, but memes are still the king of the Internet.

And in 2020, memes seem to be influential even when it comes to serious topics.

Michael Bloomberg, one of the people in the race for the US top spot run, is convinced that memes can be life-changing.

We’ll just focuse on the pure marketing side of things. This is about how we can communicate such serious topics using funny ways that can really get more empathy from the audience.

Let’s go back to the facts…

The company behind this is Meme 2020, a newly formed organization by Jerry Media which is comprised of some of the people behind extremely influential accounts. Their portfolio includes some of the most notable meme accounts on Instagram.

The accounts posted Bloomberg’s campaign ads in the form of fake direct messages from the candidate.